Breaking News
Home / Interviews / Exclusive Interview- ” My Character has got so much power in his punches: Kabir Duhan Singh” on release of his film “pehlwaan.

Exclusive Interview- ” My Character has got so much power in his punches: Kabir Duhan Singh” on release of his film “pehlwaan. 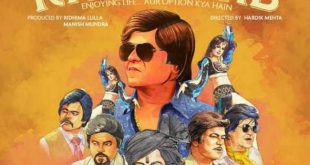 INTERVIEW: SANJAY MISHRA: I have a thirst to play different characters and not in earning money.

INTERVIEW: VICKY KAUSHAL: The conflict was so rich in Bhoot that it attracted me to the script.

EXCLUSIVE INTERVIEW: ARTI SINGH: I was very quite initially but that is not who I am, I am a strong girl.

Kabir Duhan Singh, mostly popular for his negative roles in South movies like Jil, Vedalam, Hebbuli and many more. Here he comes back with his new film “Pehlwaan” featuring along with Suniel Shetty and Kichcha Sudeep. He shares his experience working with the two versatile actors, and his upcoming next film “Bole Chudiyaan” with Nawazuddin Siddiqui. Read to know more…

Q. How is your experience working in both Tollywood and Bollywood?

Kabir: In South, they are very well organised, technically sounded and punctual as well but here in Bollywood sometime timings get delayed. I see most of the technicians or DoPs working in Bollywood are from south. They are very professional in every step and content wise, they make content oriented films.

Q. Talking about content, how do you choose your script? Do you go by the content or actors you’re working with?

Q. Can you say something about “Bole Chudiyaan” movie?

Kabir: Well, Nawaz bhai and Tamannah are in the lead and I’m playing Tamannaah’s brother and opposite to Nawaz bhai (Nawazuddin Siddiqui ). My character is very arrogant in nature, over protective for his family. Rest I cannot say as of now.

Q. How’s your experience with Nawazuddin ?

Kabir: He’s a very cool person. I’m learning so many things from him. Here if you are working with Nawaz bhai or Aditya Srivastav, you’ve to do real acting as they have theatre background. I’m enjoying with them whatever we’re doing together like while script reading or improvisations, etc. I usually don’t get these things in south so I find it really interesting and I try to work really well on my work or improvise while performing. We sit and discuss stories, characters and many more. I’m loving it. Working with Nawaz bhai was in my wish list. I never thought I would get to work with him so soon. So I’m really excited.

Q. Being a part of the film “Pehlwaan” how was your experience working with Suniel Shetty and Kichcha Sudeep.

Kabir: I used to watch Suniel sir on TV, listen to his songs. But I got only a day with him because of our shooting schedule. When I met him, it was completely a fan boy moment for me. He is very humble and a wonderful person and I loved working with him. He knew already that I am a south actor. He asked me regarding my work, so for me it was a great feeling. In this film, he’s doing the positive lead and I’m in negative lead. With Sudeep Sir, this is my second film. In my previous one with him, I played negative character opposite to him too.

Q. What do you have to say about your Character in this film?

Kabir: I’m a big fan of “Rocky” movie so I loved playing boxing and when I got the script and narration of my character of a Professional boxer, being arrogant and my character doesn’t only defeat but also kills his opponent. This character has got so much power in his punches. Now Sudeep Sir, who is playing positive along with Suniel sir finds a strategic way to defeat me and win in this film. I think people will love it. We have shown boxing in a very high level as you can see. The boxing trainer/ choreographer for our film is from USA, had come to India and taught us. He had been part of many popular Hollywood films like “Creed”, “Warrior”, “Captain America”, “Dead Pool”, etc. He was with us for 20-25 days and gave us training.

Q. In your film “Pehlwaan”, was your Character challenging for you?

Kabir: Yes, I took training for like 4-5 months. My trainer used to come and train me for a long period of time. My character is a professional boxer, so I had to look like a complete player. I worked hard and learned the maximum techniques possible like the hand movements, shoulders, etc. I used to watch videos and parallel to that, I was under strict diet. Proper intake of food and going to gym was in my daily routine. So far I’ve done 32 films, amongst them this is different in terms of my character, acting. So I had a great time with Suniel sir, Sudeep sir and Krishna Sir, the director of our film.

Q. Apart from negative roles, would you like to do any positive roles too?

Kabir: Yes, so far, I’ve done negative roles, but if I get any positive roles then definitely I’ll go for it. In Bollywood, I’m doing a negative one opposite to Nawaz bhai (Nawazuddin Siddiqui) which will be releasing next year 2020. It’s really tough to get into Bollywood because for that, you have to know a lot of things so I created a path for myself to enter here by working in South. So let’s see If I get a positive one, I’ll do that.

Q. Apart from negative roles, would you like to do any positive roles too?

Kabir: There are competitions on both the sides. Even I went through screen tests before for my first film i.e” Jil” (2015) and after 6 takes, I was finalised. It was a dream come true moment for me. I waited for a long time for this opportunity so I had to do well. After it got released, I was in every paper with negative reviews. In Bollywood there’s only one language Hindi but in south, you may have to do more than one or two but I rejected many films because I really waiting for this opportunity for a long time. I believed in God and waited for the right time to come.

Kabir: Yes, Jil was a big break for me. I believe in my work. We all have seen great actors who played antagonists roles mainly such as Amrish Puri, Kader Khan, so they had portrayed beautifully. Even I try to do my best. Number of actors are more inclined to do positive roles rather than negative. I do negative roles and I do think I’m on the right path. Stay focused and love your work, good things will fall into places automatically.

2019-09-07
Cinespeaks
Share
Previous Sanjana Sanghi is all praises for her Dil Bechara co-star Sushant Singh Rajput
Next Priyanka Chopra Jonas, the only Indian actress who reigns as the global fashion queen! 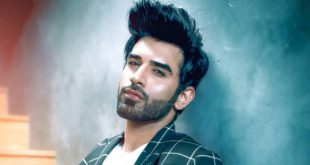 EXCLUSIVE INTERVIEW: PARAS CHHABRA: have left a benchmark in this show by my quirkiness.

Q. How was your time in the house of Bigg Boss? Paras: I tried to …