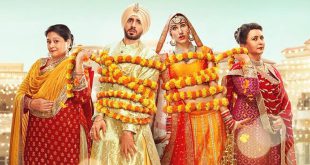 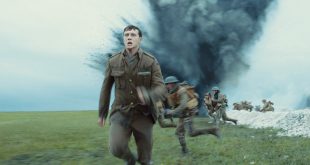 Review: CODE M: The conspiracies shown in the show along with Jennifer Winget’s performance makes you want to binge watch the show.

Cast: Janhvi Kapoor, Ishaan Khattar, Ashutosh Rana.
Director: Shashank Khaitan.
Producer: Karan Johar
Dhadak is a debut movie of Janhvi kapoor which is said to be the remake of Marathi Blockbuster, Sairat. But actually this movie is not a remake of Sairat but it is an adaptation of Sairat. The movie which was a huge topic of talks and gossips right from the release of its trailer has finally released. Janhvi Kapoor has done such a fantastic job. Ishaan Khattar too has left no spaces for any mistakes. The movie has the hindi version of very popular beat, Zingaat. We’re sure audience is gonna love it if they go to watch the movie without having any expectations. It’s an independent film which will surely leave deep impact in viewers vision. The climax of the movie is very interesting and is very different from that of Sairat. If you want to experience absolute love, with a gentle touch of humour and get to know a very different climax then do watch this movie.

Plot: The story is a take on cast differences prevalent in Indian Society. The story revolves around a poor boy and rich girl. A typical romantic movie with a unique climax and stunning performance. Parthvi (Janhvi Kapoor) is the daughter of a very rich and popular man (Ashutosh Rana) who is soon going to contest elections. On the other hand, Madhukar (Ishaan Khattar) is son of an ordinary man who runs a normal restaurant in the town. Madhu is deeply in love with Parthvi right from the first sight. On the other hand Parthvi too have feelings for him. Finally at a certain point after making Madhu take tons of efforts, she accepts him and both share an innocent love bond with each other. During the birthday party of her brother, Parthvi challenges Madhu to visit her place. Madhu visits her and both try to come closer and by that time they’re caught red handed. Ishaan gets beated up. Ishaan and Janhvi manages to escape from that area and later they manage to survive in Kolkata. Madhukar’s friends goes up to moon and back to help him. They work harder to earn daily bread. Within that duration many ups and downs takes place in their lives but they manage it well. The climax scene of the movie is completely different to that of Sairat.

Performances:
Janhvi Kapoor: Making her debut with Shashank Khaitan’s Dhadak, Janhvi left no stones unturned to create a huge fan base. She indeed took huge efforts to make this film create some great milestones. Janhvi Kapoor goes out of the way to learn vernacular languages like, Haryanvi and Bengali. The innocence which she portrays really deserves huge appreciation. Inspite of having huge problems in her personal life, she didn’t let it affect her professional life. We henceforth can proudly say that a new star is born in Bollywood and she will surely set huge milestones.
Ishaan Khattar: Ishaan has performed extremely magnificent. The amount of talent he has is been clearly seen in the movie. He gives his best to be the best. A romantic movie needs lots of efforts from the actore because they need to showcase love emotions for those whom they actually don’t have feelings for. But while watching movie audience will surely get confused whether they’re actually dating. The chemistry between both is soo attractive. A spark is been seen clearly in their performances. Both young lads have immense passion towards their work and that is also been portrayed in the movie.
Ashutosh Rana: Somewhere or the other Ashutosh has missed the amount of negativity which he used to show in his earlier movie which weakens his character. He did not get enough space to grow his character. Doing a negative role in the movie, Ashutosh missed to gather the amount of appreciation he used to gather in his previous movies. He was playing the role of a ruthless minister in the movie but his character didn’t appear to be that powerful that it should be.
Direction: No wonder Shashank Khaitan is immensely talented director. The movie is an adaptation of Marathi Blockbuster Sairat, still the story seems to be so fresh and interesting. The only negative factory related to the movie is that the story has been adapted in a very short time after the release of Sairat. Movie hits the bar in all other aspects. Inspite of being an adaptation, Shashank uses his creativity and molds the story well to make it look more interesting.
Songs and Background score: With absolutely talented Actors the movie has got extremely melodious songs. Two of its songs are already trending. The hindi version of Marathi beat, Zingaat has choreographed extremely well. It’s surely gonna be in the playlist in every upcoming festivals. The title track of Dhadak has set the bar really high. The song is extremely melodious and the performance which our young lads gave, made it more attractive.

Henceforth, Cinespeaks would love to give 3.5 stars to the movie.