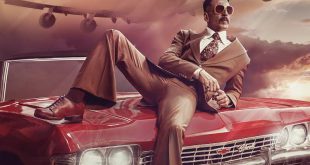 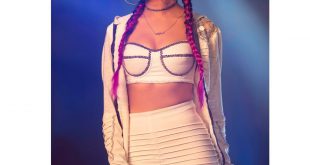 According to a recent report, these songs from Shraddha Kapoor’s movies are the most heard over the decade

According to a recent report, these songs from Shraddha Kapoor’s movies are the most heard over the decade

Filmmaker Sanjay Patel’s upcoming film UNION LEADER’s trailer was launched today at a high-profile event held at AMA, Ahmedabad amidst much fanfare with the cast and crew in attendance.

Union Leader features a stellar cast comprised of Rahul Bhat (of Ugly fame), Tillotama Shome (of Monsoon Wedding, A Death in the Gunj fame). The story of Union Leader is inspired from real life events that filmmaker Sanjay Patel experienced as he worked as an engineer in chemical plants in India. The plight of the workers trapped in an endless cycle of abuse and generational poverty as they become victims of the poor health and safety standards in Indian factories.

Talking about the journey of the film from being screened at the Academy qualifying festival like St. Louis International Film Festival to its Asian premiere at the oldest and most reputed film festival of India, the IFFI GOA to its upcoming release in India, Sanjay Patel, the director of Union Leader says “In this day and age, it is a sad fact that our labour workforce still works under such terrible working conditions in Indian factories without any escape. Union Leader is a powerful story about the brutal reality of our times, a story inspired by real life incidents. This is an inspirational story that I was compelled to make, shot against the backdrop of toxic chemical plants shot on real locations. We are thrilled to have our India theatrical release scheduled for January 19, 2017.”

The makers of Shikara just dropped a new poster with an announcement you cannot miss, check it out !

The film, ‘Shikara’ brings the untold story of Kashmiri pandits to the silver screen. The …