INTERVIEW: SALMAN KHAN AND SONAKSHI SINHA: Salman feels like he came into the industry just day before yesterday 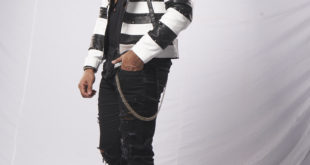 EXCLUSIVE: Nishant Singh Malkhani’s strategy to survive inside the house: Work according to the instincts

EXCLUSIVE: Some melodious singing to be expected this season by the talented Rahul Vaidya

The blockbuster Dabangg franchise’s Dabangg 3 has hit the theatres. Salman Khan and Sonakshi Sinha sits down to talk about the successful growth of their beloved franchise. Read on to know more about their reaction towards the love the movie is gathering.

Q. How do you look at the growth of Dabangg franchise?

Salman: I think Dabangg 1 is very special to both of us. Because of 1, 2 came out and now 3, which is amongst the better ones. It is bigger, there is more to say in that film, a character is added who is a very well appreciated and powerful villain, husband-wife still going strong, his back story, his love and the innocence of how he became Chulbul Pandey. So this comes before first film. There is a lot of screenplay.

Q. It took a lot of time for the 3rd movie to come out.

Salman: Yes, took 7 years but a lot of things are also now out along with Dabangg 3. We missed Vinod Khanna but Pramod Khanna filled the slot so beautifully. We tried other films but then we looked for somebody who would match. Once in a campaign, I mistook P K sir as V K sir. So then I told Alok to Google him and then just by looking at the first picture of him, we decided to call him.

Q. How special is Dabangg 3 for you?

Sonakshi: The 3rd part was possible only because of the love we got from the people. Our film has got a lot of appreciation even though a lot of things were going on. And I am happy for that. For us it is always special.

Salman: In such troubled time, it is doing so well, it is remarkable! The whole credit goes to the fans. They have been very loyal to me. Even though people in some parts of north couldn’t watch the film now but they will go and see the film later. But first is their security and after that, Dabangg. We have done pretty okay in other states.

Q. The kids are loving the film. What do you feel about that?

Salman: Chulbul Pandey’s character is for kids only. Basically, when you go and see him, you come out and feel good.

Sonakshi: It is a complete family entertainer. There is something for everyone, from kids to adults.

Salman: We touched so many things in this like child marriage, dowry and also environment. Whatever the film is based on is happening in the country. It’s been 10 years but the husband and wife’s chemistry is still going strong. He is the most amazing husband and takes his wife very seriously. The romance is there and the respect is also there. Origins are included in the film, from spectacles to names to how she leads me to the climax.

Q. Even the villain has become more stronger in Dabangg 3. Was it a challenge?

Salman: Till the time your villain is not that strong, what will hero do? The hero only comes up when the villain is very strong. It is also a vendetta story. He has killed many people, father becomes alcoholic and dies because of that, so when you go to watch this movie after watching 1 and 2, you see how this written.

Q. You have spent 3 decades in the industry, how do you look back at your journey?

Salman: I feel like I came into the industry day before yesterday. It feels like day before yesterday I was desperately looking for work, yesterday I got the work and now if I want to take a holiday, it’s not fair. So if I am working every single day that means, a lot of people are getting their salaries because of your working day. The industry has such a big impact on our lives. People go copy the bracelet ideas, clothes, hairstyles, so other people are doing it from them, they are getting paid. Where you work, or watch a movie, people are eat and shop, so those people also earn. It’s a huge cycle for everyone. It affects the growth of people financially.

Q. It might not have been easy to reach this level of success and stardom on which you are today. What do you have to say about that?

Salman: I am a big movie fan myself. So when we used to go and watch a movie, we used to see the posters outside the theatres and based on that we used to decide if we should go and watch that movie. Now people watch trailers to make up their minds if they want to go and watch the film or not. When I used to go and watch the films, I came out of the cinema, wanting to be that hero and feeling good. We never missed Bruce Lee’s films and then feel like we are him. So that was my thing, when you should go into theatre, you should come out happy. Now maybe heroism is too much but then when you control it, you feel like the first one was better, heroism is lacking here. It is difficult to bring a balance in heroism which so far I have been luckily doing it. If your emotion is correct and you do something selflessly for someone or something, that emotion works. Film doesn’t hold if it is bad, everything should be good including scenes, songs and subject.

Q. Sonakshi, for you, what has been a learning from his journey as an actor?

Sonakshi: Whatever I have learned is what I have learnt from sets and not from any workshops or classes. I have learnt from him and also from the experience from my very first film. I admire his attitude towards work and the hard work he puts in. I try to follow as much as I can.

Q. Do you agree to the fact that you have been the most loved character of the film?

Sonakshi: Absolutely, for sure. For me, it is my most loved character because it was the first ever character that I have played in my life. The amount of love that I got for Rajjo is tremendous. It has been 9 years but people still today ask me to repeat that one dialogue. I don’t think it has happened to any other heroine. I can’t explain the feeling, it’s something else.

Salman: One more member is going to be added into the family, Arpita is having a child. So we will be focused on the child’s birthday than my birthday.

Q. You are on a very tight schedule as you are shooting for Radhe. Do you get time to celebrate success?

Salman: We will celebrate the success after we get the full numbers.

Q. Did you watch films on your birthday as a child because you loved watching the movies in theatre?

Salman: I don’t remember any such incident that happened on my birthday. Our family used to celebrate it together.

Q. Would you act in web series?

Salman: I am already producing a show on an OTT platform. If I would get more than what I get here then I would 1000% act there.

Q. You will be turning 54 soon. Would you like to change something about yourself, professionally or personally?

Salman: I just want to get 5% more ripped than what I am right now.

Q. Sonakshi, many franchise or films don’t get so many back to back parts. How do you feel about this?

Sonakshi: Maybe we have done something good in the past. The entire team has been working like one family since the first film. I don’t think either of us can see the next film without each other, right from our DOP to the team to crew to AD to cast, apart from the director.

Salman: We talked to Abhinav Kashyap, the director of the first film for the 2nd one but he said the film which I wanted, you didn’t let me make it so it didn’t work out.

Q. What do you want to say about the year? Mission Mangal and Dabangg 3 have been very successful.

Sonakshi: It’s been a great end to the year. I am truly fortunate that I got to be a part of both very different films and play two very drastically different characters. For me as an actor, it was a very satisfying and fulfilling year. We are ending the year on a great note and I am very happy about it.

Q. What is the best compliment you have received from Salman?

Sonakshi: He doesn’t compliments on your face, he does that behind you.

Salman: She was very good in the 1st movie but she keeps on improving. I keep on telling her every time you take something, take it more seriously and then she will be the number one star of the country for years to come. But she doesn’t listens to me. Our fights are only on that you need to take yourself a little more seriously and concentrate on yourself, you will kill everyone. She dances very well, her language is great, her comic sense is superb along with the way she looks and performs. Even in interviews she kills everyone. Even in TV shows. According to me, she is the most talented girl we have in our industry today. It’s just that she needs to take herself a slightly more seriously.

Q. What do you want your legacy to be remembered as?

Salman: What legacy? Only Being Human should be remembered. That should be working even 1000 years later.

Q. Do you read or listen to film reviews?

Salman: I don’t read them personally but the information reaches me of who said good things and who said bad things. I don’t react on any of them.

Q. What about reviews from fans?

Salman: Reviews from fans can be understood by the collections. It is also important for me. Social media also helps, we get to know instantly whether they have liked the film.

Q. Saiee Manjrekar has portrayed the character of Khushi very well. Were you sure from the start that she will fit the role perfectly?

Salman: She has worked very nicely, her work was outstanding. Yes, I was sure about it. She has been appreciated a lot. It was also important for that character to go otherwise Rajjo wouldn’t have come. That was the whole point, although it was a very heart clenching moment. It was a difficult screenplay. After interval, Chulbul Pandey again becomes Chulbul Pandey. So those five minutes of how he comes back to his character is very important.

Previous Deepika Padukone shares a special unit from Chhapaak titled ‘Ab Ladna Hai’ and it is as impactful as the trailer!
Next “I think the script is the hero”, shares Sunny Singh about his choice of films!

EXCLUSIVE: Jasmin Bhasin is all set to give her bang on performance in Bigg Boss season 14

Rate this post Q. How prepared are you and what are the strategies you will …