Breaking News
Home / Reviews / REVIEW: MALANG: The movie offers a series of action, romance and thrill. All this is topped up with suspense.

REVIEW: MALANG: The movie offers a series of action, romance and thrill. All this is topped up with suspense. 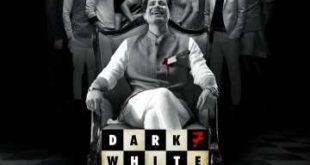 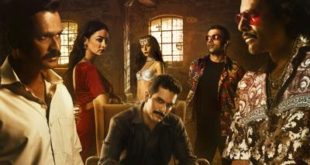 Malang starts with Aditya Roy Kapur escaping from the jail to kill a number of Goa police officers. We are then taken into a flashback to find out the real reason of murdering the police.

The movie offers a series of action, romance and thrill. All this is topped up with suspense.

In the movie, we see Advait (Aditya Roy Kapur) is a built angry guy who in the past was nothing like this. He is shown happy, jolly, madly in love with a girl named Sara (Disha Patani). This makes us wonder that something terrible must have happened to trigger Advait to transform into a beast.

When Advait meets Sara in Goa, they go partying and adventuring together. It shows two love birds spending the time of their lives in Goa, a cliché yet something you definitely crave for!

Sara is shown as a delightful and free-spirited young woman who wants to live her life to the fullest. Although Disha Patani could have given in more of her acting contribution in the movie but she looked captivating. Aditya Roy Kapur on the other hand, gave an amazing performance. He looked charming and tried to fit into the shoes of the character properly. He symbolized love, anger and pain in a very realistic way.

Anil Kapoor however takes away all the eyes by his performance in the movie as a crime branch officer, Anjaney Agashe. He delivers just what the movie needs, more entertainment and energy. He is seen in a very different body language from the usual roles. Kunal Kemmu is another star who actually is shining out brightly in this movie. He played Michael Rodriguez who is a police officer who believes in abiding strictly by the rules and thinks what he is right is only the right thing to do.

The movie has classic Mohit Suri direction, we see the thriller reaching on its peak where the suspense would break out and it does. The movie is however very slow paced but fortunately, the second half of the film is much more intriguing than the first half.

CineSpeaks Verdict: The cinematography which showed Goa is beautiful. The whole movie goes on laying dots here and there and there while all the dots are finally connected in the second half. This movie which is filled with drama and suspense also throws in a feminist angle in the end. It is definitely a one time watch but not more.

CineSpeaks give 3 stars to Malang. 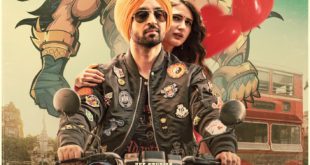